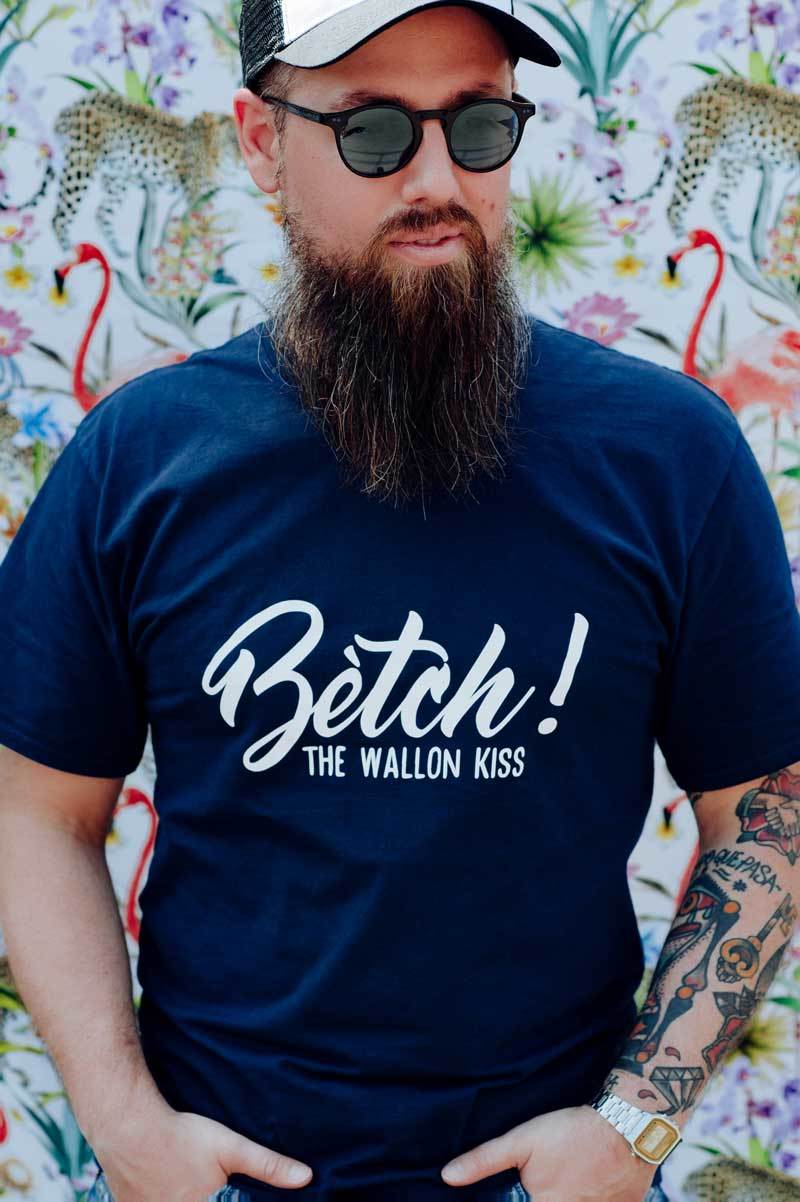 Who’s hiding behind that smirking mask? It’s Nicolas Gea, a 34-year-old graphic designer, a native Carolo. He launched Tshirt Mania in 2012 with the idea of creating t-shirts that he would design personally.

Influenced by hip-hop culture and poker in its early days, the range of models has evolved with the designer’s tastes and inspirations. Collections born from trends, encounters, jokes between friends, … it doesn’t take more than a few weeks later the idea is displayed on a t-shirt!

Self-derision with a carolo sauce and the claim to the second degree have conquered the wardrobes of the city dwellers of the Pays Noir.

Delivery within 24 to 72 hours